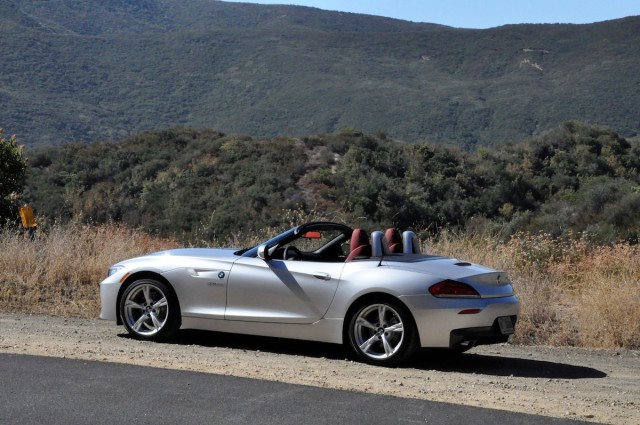 If the past 15 years has proven anything, it’s that BMW isn’t afraid of change. While design directions have gotten the most press, it’s BMW’s advances in engines that have excited us most. No current BMW engine has more on its shoulders over the next few years than the N20 four cylinder under the hood of the Z4 28i.

We had an opportunity to sample the new Z4 28i on a day-long jaunt up the California coast to Speed Week at Monterey. We tested the car through the mountain roads of the Sierra Nevadas and California’s famed Highway 1. To call it the perfect test on the perfect day would almost be an understatement. 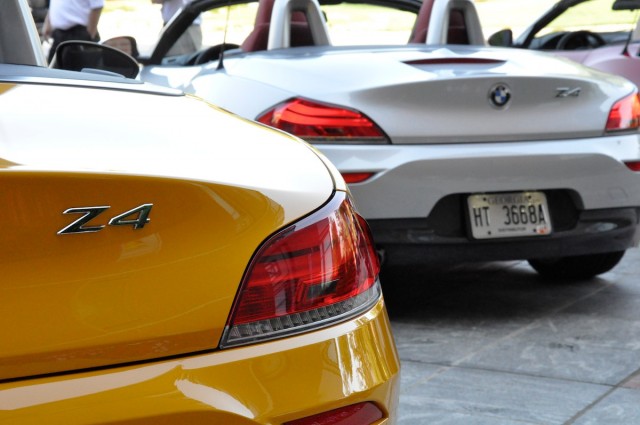 Before we get into all of that, first some background. The first car in the US to receive the new four cylinder is the base model Z4 now called the 28i rather than the 30i. With a true displacement of 2.0L under the hood, clearly the 2.8 is meant to convey more of a market position than anything related to actual engine size. Truth be told, the N20 punches so far above its bore and stroke that the 28i nomenclature is quite apt.

The constant in this formula ironically is the Z4 itself. It’s the same gorgeous roadster we reviewed and fell in love with over a year ago. The criticisms remain about the steering’s lack of communication and the chassis overall feel of being too isolated. However, the fact remains that the Z4 is a very compelling roadster.

The design in and out continues BMW’s design language of bold and purposeful shapes and details. Unlike the Z4 35i we reviewed last year, our test car came with the M Sport package that adds the M aero-kit, optional 19″ wheels and some M details in the cabin. It’s a $3,900 option that brings yet more testosterone to the Z4. As with most M Sport kits, if you can swing it, it’s a must in our opinion. 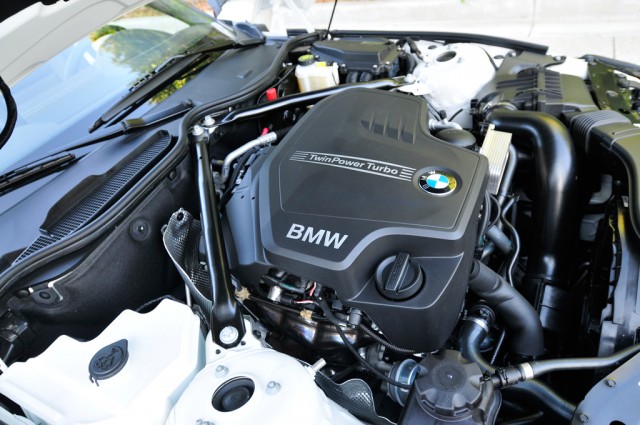 That said, it was the N20 four cylinder under the hood that we were most interested in. The little 2.0L didn’t disappoint. As the numbers suggest, the 240 hp N20 feels faster than the previous 255 hp inline six thanks in large part to its sizable torque increase. Another plus in the N20′s corner is that there’s also a slight decrease in weight with the manual managing (a svelte by hardtop roadster standards) 3263 lbs.

With the N20′s torque (up to 258 from 220 ft lbs) and the results of this new packaging, the Z4 has more of a point and shoot mentality than with the previous 3.0L inline six. The car felt slightly more responsive and eager to change direction.

The rasp of the engine note and the burble on throttle lift-off further enhances this newfound character. BMW engineers obviously know what a roadster should sound like. It’s nice to know, despite thousands of arcane regulations worldwide, they can still make a roadster sound like it should.

With the N20, BMW focused on making sure that power delivery was abundant early on and that the torque curve was flat. It’s what allows the 28i to be flexible in daily traffic despite the drop of a liter in size to the previous engine. 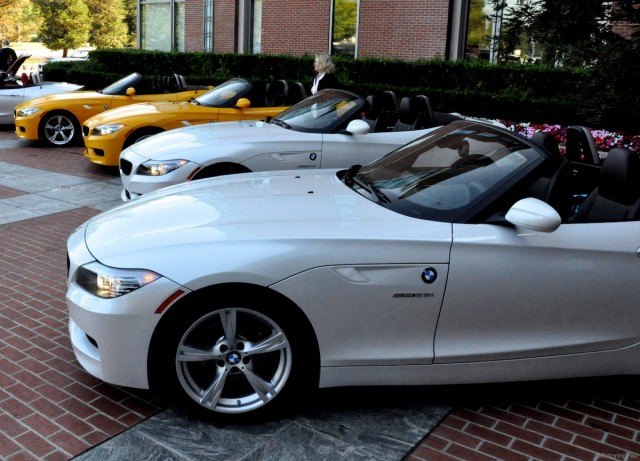 While the N20′s power ratings are good (240 hp and 258 ft lbs of torque) they aren’t quite as high as other 2.0L turbos recently introduced. Notably Hyandia’s new 2.0 turbo produces as much as 270 hp in some instances. When I asked BMW’s engineers about this they said that power wasn’t their only concern. The N20 had to match BMW’s inline six engine on refinement as well. That meant an enormous amount of attention paid to making the N20 put out the least noise and vibration of any competing power plant; with similar harmonics to the outgoing inline six thanks to balance shafts.

They also focused on efficiency and expect the N20 to have 20% better MPG when the final figures are released closer to the September 1 launch.

If some of this sounds familiar it’s because many of these principles have come from the inline six turbo N55. Like the N55 the three keys to the N20 are Valvetronic, direct injection and the twin-scroll turbo. The latter is being marketed by BMW as twinpower. It’s a novel design that has seen duty in both the 1.6L Prince engine found in the MINI, the N55 inline six and most recently the engine powering the all new ///M5. Twin scroll technology separates the exhaust into two channels that are then fed individually into the turbo giving variable power. This is what gives the N20 effectively no turbo lag and consistent power throughout the rev range.

The results are a faster car than its predecessors. Despite two less cylinders and one less liter in capacity, the Z4 28i out-sprints the Z4 30i by .1 of a second with the manual. The real increase comes with the new and highly effective 8 speed auto which is .4 of a second faster. 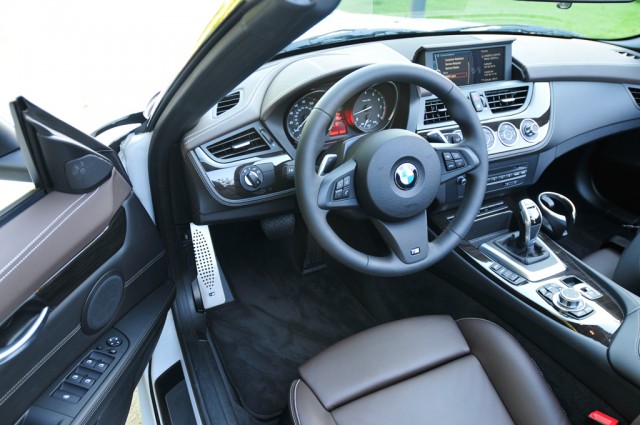 Speaking of the 8 speed auto, I was shocked by its responsiveness and ability to hold gears. It’s a bit of a miracle as the transmission is no larger than the six speed it replaces and no heavier. It also matches revs on downshifts similar to a DCT. In fact I’d go so far as to say that most drivers wouldn’t be able to tell the difference between this new automatic and the 7 speed DCT in the Z4 35i. It even finally has real “pull-pull” paddles rather that “push pull” the Z4 had previously, BMW is making this change across all models and it is appreciated.

Downsides are frankly non-existent when speaking about the engine. Yes a little more power would be nice. It really is hard to argue with a faster car that gets 20% better fuel efficiency. However, when the wheel starts to turn, downsides are a little easier to spot. As we mentioned previously, the Z4′s steering and chassis still feel too isolated for our tastes. The best roadsters feel intimate and almost telepathic. The Z4 has a vague quality to it that keeps it from reaching the greatness it should. The frustrating thing is that BMW seems to have mostly solved this issue with software in the Z4 35is. It would be incredibly beneficial for all Z4 models to see those changes spread across the line-up. 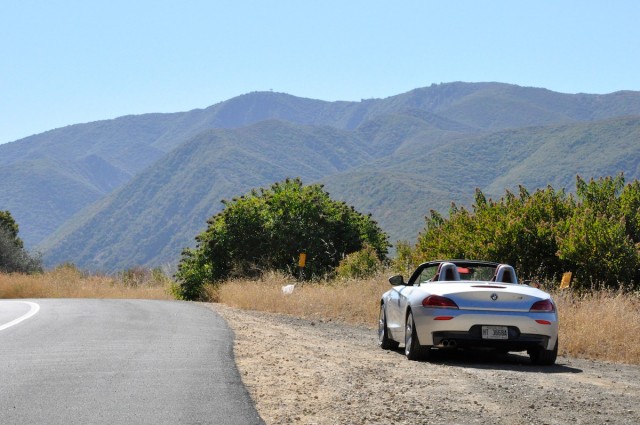 The other potential downside is price. Just because BMW dropped a couple of cylinders don’t expect the price to follow. The Z4 28i’s base price is actually $1,200 higher than the Z4 30i at $49,525 including destination. A little eye watering for a four cylinder roadster? We thought so too at first glance. What the N20 proves is that we can’t think of four cylinders in the same way we did 14 years ago when the last new four cylinder Z3 rolled off the dealer lot, times have changed. This is a new era that proves displacement isn’t always the answer and how many cylinders you have under the hood can be almost irrelevant.

It was quite obvious to us after our time behind the wheel that new Z4 28i is an extremely compelling package. Beautifully designed and built, this is the kind of roadster that is at home as both a weekend car or a daily driver; in either capacity N20 really shines.

If faster and more efficient is truly the future of BMW engines, count us interested and impressed. 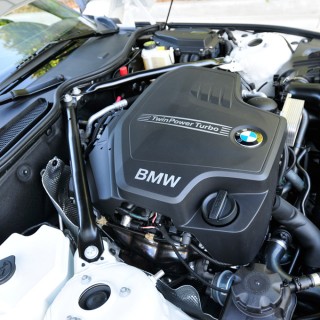 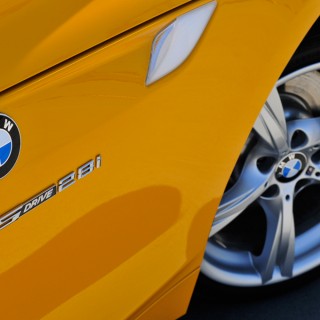 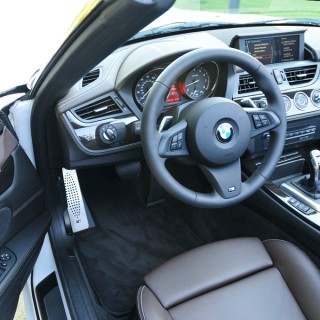 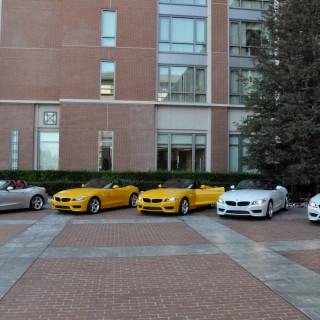 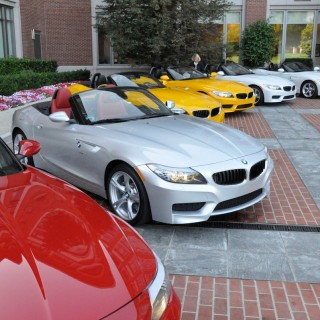 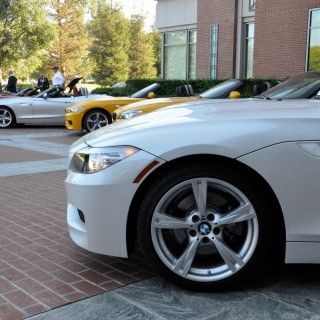 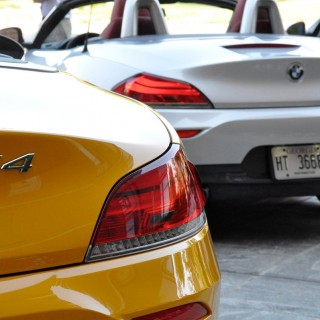 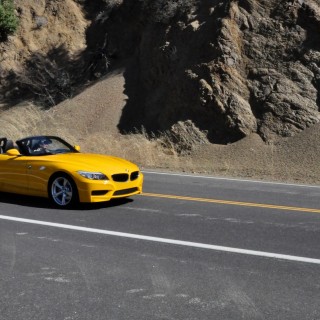 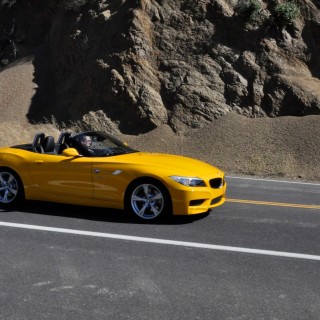 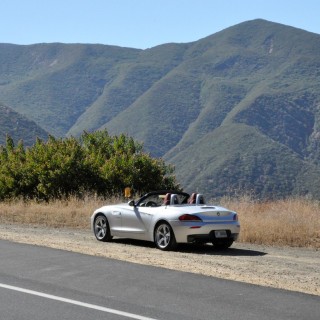 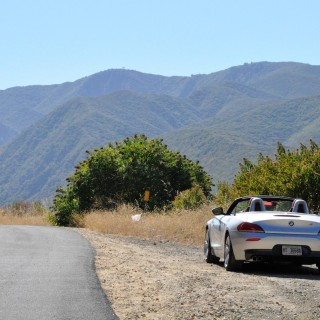 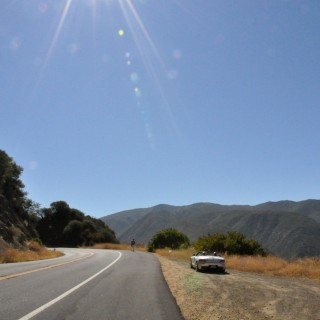 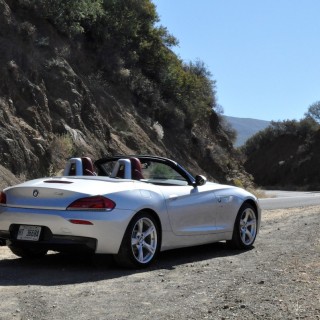 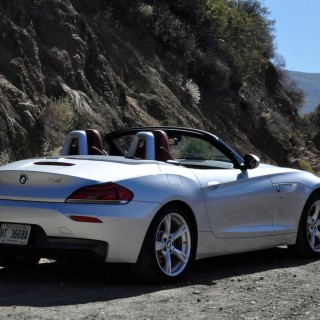 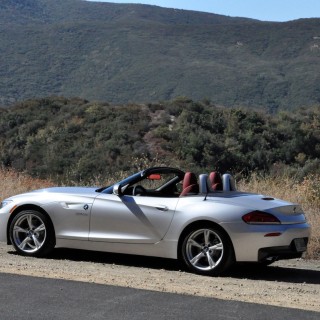 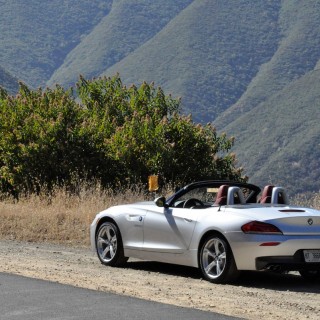 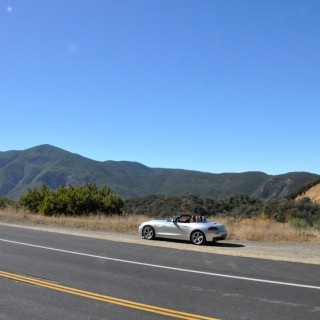 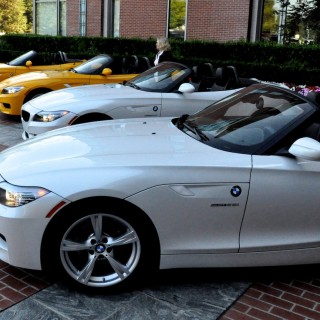