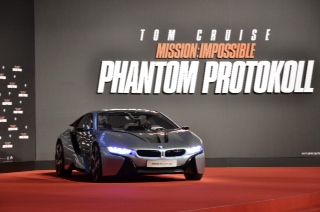 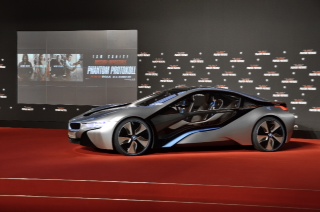 Following the movie’s world premiere in Dubai on December 7, 2011 the film will have preview runs in IMAX and other large format theaters in the U.S. tonight December 16, 2011, with a general public release on December 21, 2011.

After the jump you will see some prime footage of BMWs racing through a sandstorm passing other German brands. Ethan Hawke, played by Tom Cruise uses the available third pedal in his borrowed 650i drop top to chase the bad guy down… over the top in typical MI fashion. BMWs will be showcased throughout this movie and is part of BMW’s larger push to use product placement in movie and TV productions rather than running typical advertising.

The precursor to the BMWi i8, the new BMW Vision EfficientDynamics makes an attention grabbing entrance on to the scene, with a starring role in this action packed movie.

BMW has released a miniature version of the EfficientDynamics to go along with it’s large arsenal of miniatures to coincide with the launch of the movie. Where typical BMW miniatures make a fantastic Christmas gift for car lovers this special miniature will also be great for movie fanatics! 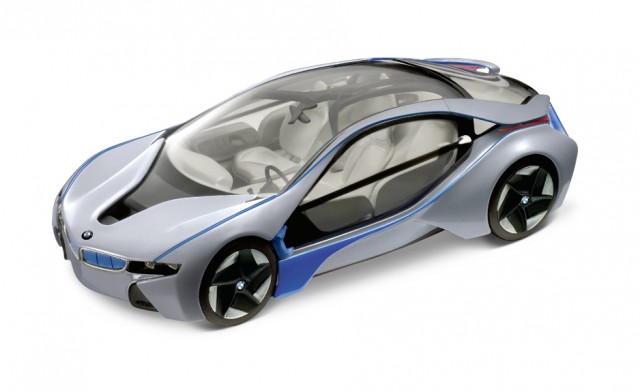 A glimpse of the future – and a leading actor in its own right:

The film edition of the BMW Vision EfficientDynamics impresses with extraordinary flowing lines and an open interior.The miniature of this advanced diesel hybrid brings a piece of Hollywood history to your desk.(Illustration may differ from original.)

Available at dealers and BMW-Shop.com