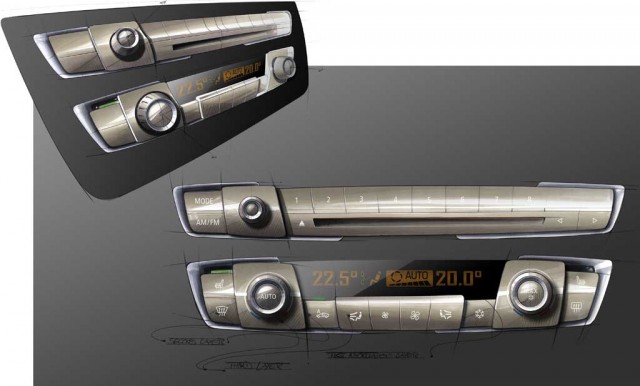 Official Release: For a long time, motorists regarded air conditioning merely as a guarantee of a cool workplace when behind the wheel. During the early 1980s, the optional extra was predominantly ordered as protection against the midsummer heat inside the car, true to the motto: the heat has to stay out, irrespective of how hot the sun is. The greater the “refrigerator feeling” experienced by occupants was, the more effective an air conditioning system was considered to be.

Besides automatic air circulation control, which is activated for instance in increased concentrations of fine particulate and exhaust gases in tunnels or behind HGVs, the standard air conditioning unit featured in the new BMW 3 Series employs an additional filter system that also becomes effective when switched to the air circulation mode.

As a result, unpleasant environmental odours such as those sometimes experienced in industrial areas or in the streets of large cities are almost entirely eliminated. The perfect interaction between the automatic air circulation control and the filter system noticeably enhances air quality inside the BMW 3 Series. Even when the air conditioning is not in use, the additional filter remains active.

When opting for a two-zone automatic climate control system, both the driver and the front seat passenger are able to set the desired temperature for their seat area individually and according to preference. The temperature of the air leaving the air vents as well as the amount and distribution of air are automatically regulated. Depending on intensity and radiation angle of the sun, the automatic climate control system adapts its degree of effectiveness (solar compensation) and individually adjusts the interior temperature to the desired level on both the driver and front seat passenger sides. Additional air vents, likewise variably adjustable and located in the rear compartment, ensure that backseat passengers are also able to enjoy a pleasant interior climate. In order to avoid fogged-up windows, particularly during the cold and damp season, the new BMW 3 Series is also equipped with an automatic sensor-controlled anti-fogging function, which intervenes by means of targeted ventilation as soon as visibility is restricted.

After a frosty night or when it is bitterly cold, the new climate control system quickly generates a remarkably high heat output. Within the defrosting area of the windscreen, the field of vision is evenly defrosted only shortly after a cold start. The increased heating performance is of particular benefit to customers in Scandinavia, as temperatures there often drop below minus 20 degrees in the winter. Even in temperatures as low at that, the two-zone automatic climate control system featured in the BMW 3 Series ensures that the car is cosy and warm within the foot and head areas after around ten minutes, and that includes the rear compartment.

Each air vent of the automatic climate control system is controlled by a compact and centrally located flap mechanism, rendering additional stepper motors unnecessary. This all results in a saving of weight and space beneath the dashboard. Thanks to the compact design of the automatic climate control system, it is possible for the first time to offer the new BMW 3 Series with Head-Up Display – a new feature in the premium middle class. Furthermore, in this way, space has been created in the centre console for two upholders.

Within the framework of EfficientDynamics measures, BMW engineers paid special attention to improving the fuel consumption of the new BMW 3 Series. When the driver switches to the ECO PRO mode, the new automatic climate control system operates using an optimised heating/climate strategy. Without any noticeable loss in comfort, fuel-efficiently is enhanced through reduced air-drying and cooling in the interior as well as through the intermittently deactivated air-conditioning compressor.In BMW’s own environmental wind tunnel, engineers are working intensively on additional fuel savings and further optimisation of in-car climate comfort. In this facility, it is possible to simulate every climate zone on the planet, highly efficiently and within the shortest time. There, mainly cold starts and de-icing tests are carried out under the most extreme conditions. The aim of BMW developers is to further shorten the engine warm-up phase, as higher temperatures reduce friction, which in turn facilitates lower fuel consumption and emission levels – totally in keeping with the BMW EfficientDynamics philosophy.