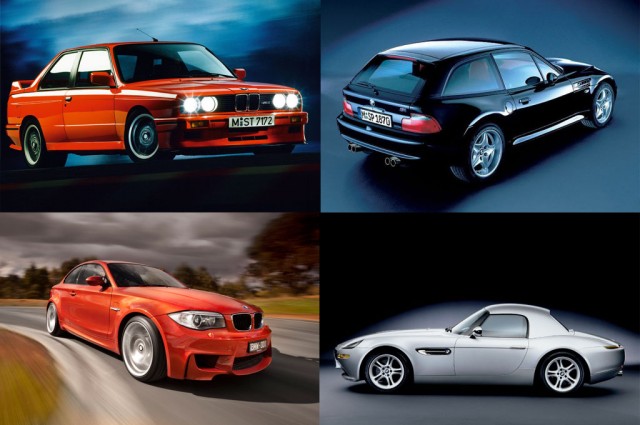 On a recent drive with my family we pulled up behind an older looking BMW covered in salt and sand. The car was in such a state that I became quite infuriated. With my little guy in the backseat I made the executive decision to tone it down a notch and began mumbled every swear word in the book rather than screaming them out loud. My wife was concerned for my sanity and seemingly set me off even more by saying it was “just an old M3″, no big deal but was she ever wrong- the car looked to be a German Spec E30 EVO the original rims chewed up and wearing snows and the adjustable rear wing in disrepair.

I then began rambling about the future of collectible cars and how things are different in our generation than our parents… as well as my take on the Top 5 BMWs likely to become treasures in the years to come with their pros and cons.

For BMW collectibles, I think that only the saved low mile cars will be the examples worth any money. The reason for this is simple, today’s cars are extremely complicated compared to the ’60s Corvettes and Volkswagens I grew up helping my dad with. That generation of cars were able to be tinkered with, rewired and parts replaced in the garage or driveway under a shady tree on a summer’s day. With the advent of electronic fuel injection, OBD and OBDII and all the sensors that come with them cars are more complex than the average weekend warrior can get into. What that means is that high mileage repairs and restoration become more costly and will less likely to be undertaken.

The other glaring issue is that collectibles are cyclical in nature, collectors buy cars that remind them of the cars they dreamed of as children- the cars that lived on bedroom walls and were not even on their parents radar of what would grace the driveway. The baby boomers before the “great recession” bought up muscle cars at a rapid pace, some things are picking up again but rather than the typical restorations and lusted after sports cars (Corvettes, Mustangs) to reconnect with youth it is the rare cars that are worth the money (the race models or those that have limited use). The rarer the car the more interest from people looking to invest and that do not even care about cars, driving the price up even more. Rare cars are a double edged sword though, if you have one that is great and consider yourself one of the privileged few that some day will cash in once your done staring out your pride and joy. If you are not in that group be prepared to pay up or pray to get lucky in your search.

In terms of BMWs we all know the real BMW collectibles, the original 328 roadster and 507, are untouchable to most but what about cars that are more modern and comparatively cheaper? Cars that scream enthusiast while still offering up some future collectibility after the Saturday morning show circuit has become more of a hassle than enjoyment? Here is the list of five cars that will be sought after by collectors and sure to appreciate in value. Order of collectibility is from 5 to 1, 1 being the modern day holy grail, stateside of course. All cars would need to be original in excellent condition with low miles to be considered a collectors piece. 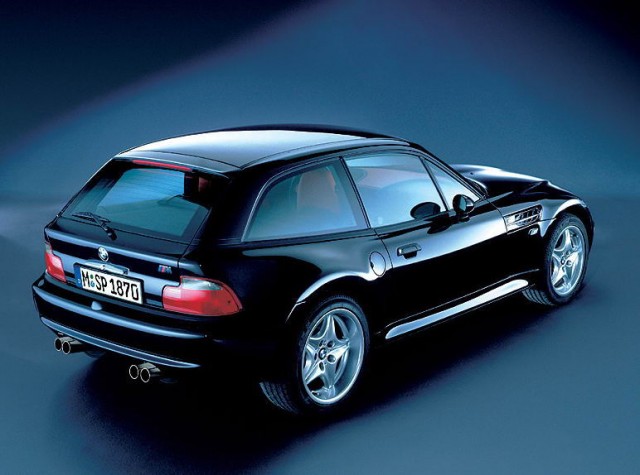 Pros: With only 690 S54 based coupes running around in North America it is a limited run model. Featuring a detuned S54 inline six from the M3 it is viewed as many enthusiasts as the most hardcore M model ever produced for US consumption. The car has tons of feel- steering, road and seat of the pants are all there. This is the original two seat M monster and it has a group of rabid fans.

Cons: Love it or hate it looks- affectionately known as the “shoe” or “boot”. The engine did not get the same campaign as the M3 for bearings. Twitchy and difficult at the limit on the track- brings the biggest weakness: lots of track modifications and abuse are prevalent in used Z Coupes as the original and subsequent owners wanted to use the car for its intended purpose (tracking) so finding a stock car is more difficult. There are garage queens now on the market already and they are priced as much as they were when new. 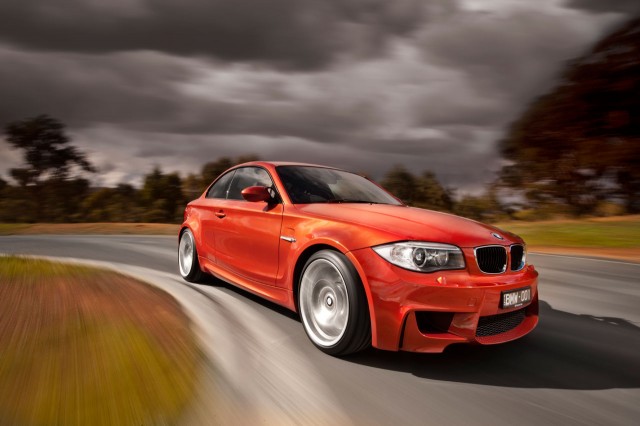 Pros: The single model year production of the 1M at final count for the US was 740 units. That may not seem like a lot of cars but on this list it has the highest production total and why it is not rated higher. It garnered much attention by the automotive community and took home many awards in its limited run. It was heralded as BMW M return to building cars for driving enthusiasts and it met expectations and then some. The much lauded baby M car featured an inline twin turbo N54 massaged by M to produce 330 hp and up to 370 lb-ft of torque. It utilized the M3′s brakes, suspension, wheels and more in a smaller lighter package. Simply the lusted after car of the year. Limited numbers and high demand made it an instant classic with many selling over MSRP.

Cons: Marketed and understood as a limited run car made the 1M hard to get by those that wanted them. Good thing for those selling cars and those that had a build but left a bad taste in many a would be purchasers mouth- some wrote the car off and invested in competitors offerings and have moved on. The instant collectible status also means that there are some collectors out there that bought them and have them in storage hoping to cash in at a later date. More mint condition cars later yields a lower price than would be if these things were being driven. Although, climate controlled queens will be few and far between. 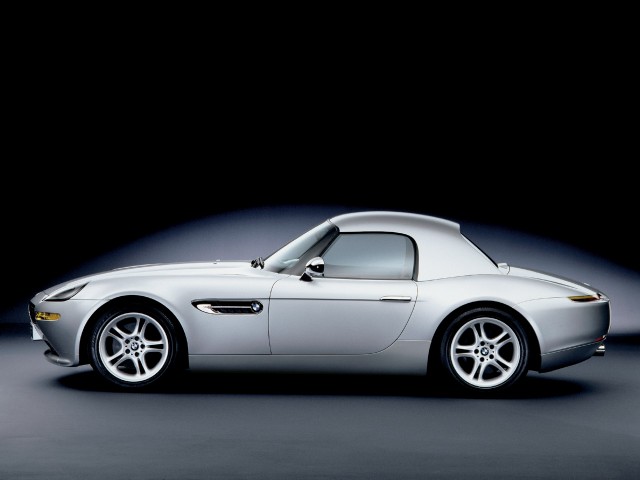 Pros: As new the Z8 was just under $130,000 a huge chunk of change and the most expensive BMW of the time. This greatly limited sales but the product itself was revolutionary. While costing less (imagine that) it outperformed super cars of the time. BMW produced only 317 Z8s in 2000. It featured an all aluminum chassis and body while utilizing the M5′s S62 400hp V8 race bred motor. The design and styling are modern interpretations of BMWs classic roadsters that are simply beautiful. BMW marketed these as collectibles from the start of communication.

There is a stock pile of extra parts said to be enough for 50 years as well as training manuals to keep techs familiar with repair and maintenance procedures. These considerations make it easier to keep the investment in top shape.

Cons: As the first modern BMW model marketed in the US as an instant collectible it will suffer from an over abundance of cars with low miles and limited use. There are countless cars sitting in climate controlled warehouses just waiting to go to auction. While this is good for preservation of museum quality examples it limits the limited nature of low mile offerings. Some estimate that less than 50% of these cars have seen more than a few thousand miles on the odometer. While these cars will surely appreciate in value and be sought after for many years there will not be an extremely rare find outside of the BMW INDIVIDUAL coloring options, this is not the modern day 507 it was proclaimed to be. 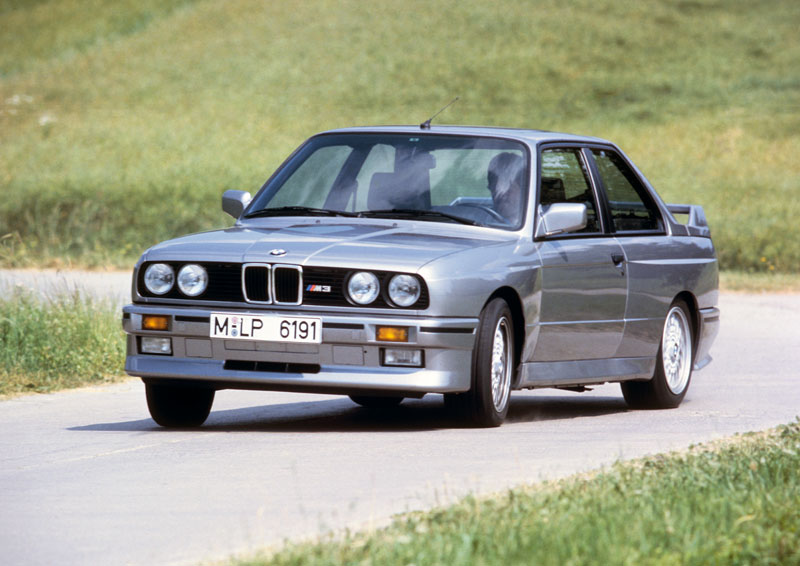 Pros: You might be saying there was no US M3 in 1987 well you are partly correct. Unknown to most, the first 101 E30 M3s imported by BMWNA carry an “H” (as opposed to a “J”) in the 10th position of their VIN, which technically denotes them as 1987 models although sold as 1988s. These are the rarest of the E30 M3s produced. What is there to say about the original M3, it is the original. It set the stage for future M products and chalked up a whole lot of racing wins. Built by BMW M to be a street legal race car for homologation purposes it was marketed to be a competitor to Detroit’s more powerful offerings like the Trans Am, while being able to take corners and featuring a high revving 4 cylinder. The Warsteiner racing machine being the most recognizable M3 of the period.

Cons: There are some issues with aging E30 M3s. The first 101 are the rarest for obvious reasons but there were nearly 5,000 US Spec cars built during the production run so in the grand scheme they were not all that limited. They were not well known pop icons of the time, like the true super cars so the audience is not as wide spread. Many after the first owner were not taken care of and have lived a hard life with track modifications prevalent. There were some persistent issues such as the rear wing cracking and rust along the windshield, that over time has necessitated repairs which often were not properly completed. There are fewer good examples now than even a few years ago and garner a hefty sum of cash to take ownership of already. 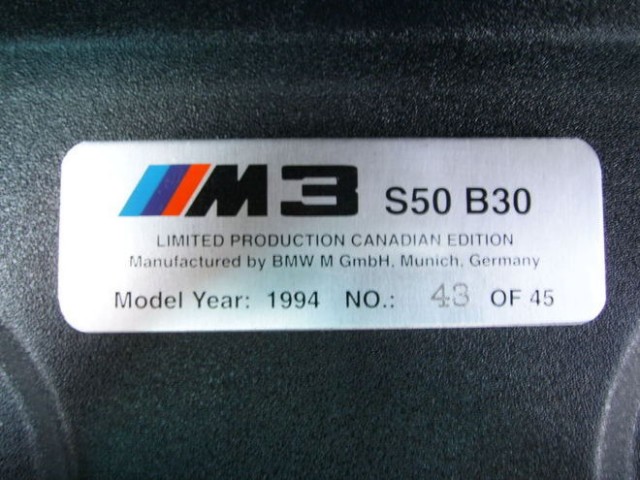 Pros: How do you obtain a European Spec E36 M3 in North America? Ask Canada for some help. Back in 1994 a handful of enthusiastic employees of BMW Canada came up with a killer idea, import 45 European Spec E36 M3s to the accepting Canadian market, charge a boat load of money ($60k) and create one of the rarest BMWs in existence. Can’t go wrong. Each of the 45 has a numbered plaque and commemorative leather owner’s manual cover. Owner’s could build them with any option or color available to the M3 in any market for the price from the factory. There were 45 individually specced cars making each rare in its own right. These cars featured the higher output Euro engine, and all the other EU exclusive features the latter (1997) North American spec cars lost out on. More than a few have come south of the border and have gone up for sale. Being an advertised limited run would normally indicate that a portion of the sold cars would instantly become garage queens; this is less prevalent thanks to the sales being in Canada where people rather drive their cars than stare at them under a dust cover. What that means is a low mileage car is truly limited and with a run of 45 every car is limited.

Cons: These cars were sold in Canada meaning designed to meet Canadian rules. Most states will allow them in under certain conditions but California seems to have issues with it. They are hard to find, 45 cars floating out in the vast North American landscape is like finding a needle in a hay stack. Parts will need to come from Europe which can get pricey and limited nature of the car. Some of the cars have high mileage and have been tracked extensively and openly. The E36 while the most livable M3 outside the current generation it is not the most sought after and thus garners less interest from would be collectors.