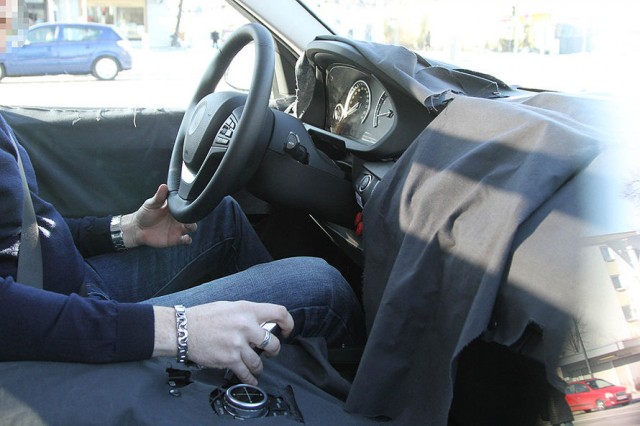 BMW is not letting the current generation of iDrive get too long in the tooth without an update. Other German brands have rolled out in-car infotainment and navigation with handwriting recognition and tactile input- BMW is now testing the same thing. Our sources point to the upcoming 7 Series refresh (yes its time already) as the debut point for the new iDrive system. The spy shot above is of the interior for the next generation X5- set to hit the market in under 18 months.

The biggest change in the system reportedly will be the controller itself. It will feature a trackpad like surface on the top of the dial. This will allow users to both navigate the system and input alpha-numeric information when at a standstill. The system will remain hard disk based although it is rumored to feature the ability be user updated and can synch new map and system updates via a laptop or other form of USB connection (with the data on it) rather than a trip to the dealer. As in the past, this update will trickle down to models in the BMW lineup that are technically able to support the new system.